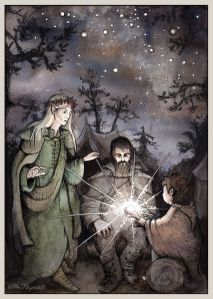 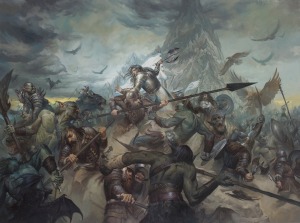 Adapted from the chapters ‘The Gathering of the Clouds’, ‘A Thief in the Night’ and ‘The Clouds Burst’ in The Hobbit.