Manwe, unable to understand evil and with the advice of Nienna, releases Melkor to live in Valinor. 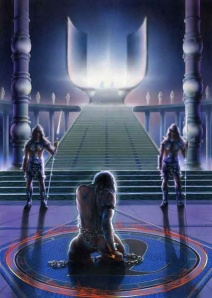 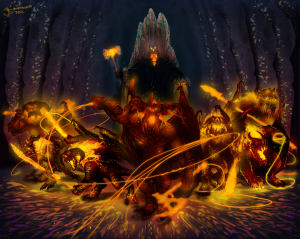 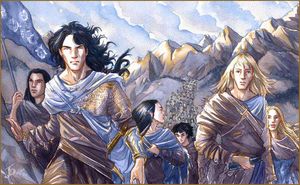 Adapted from ‘Of Feanor and the Unchaining of Melkor’, ‘Of the Sindar’ and ‘Of the Return of the Noldor’ from The Silmarillion.

The Battle-under-Stars and the Battle of Lammoth have been combined.

Sauron and the Balrogs create orcs, born from tortured elves. Melkor returns and Sauron welcomes him. 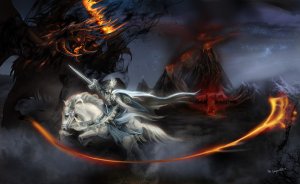 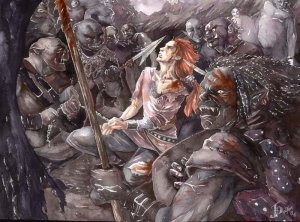 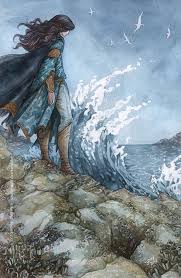 Adapted from chapters ‘Of the Coming of Elves and the Captivity of Melkor’, ‘Of the Sindar’, ‘Of the Sun and Moon’ and ‘Of the Return of the Noldor’ from The Silmarillion, ‘The History of Galadriel and Celeborn’ from Unfinished Tales and ‘The Shibboleth of Feanor’ from The Peoples of Middle-earth.