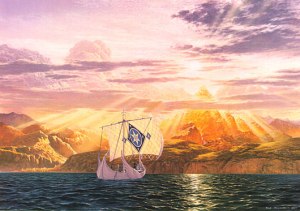 Adapted from chapters ‘Of the Voyage of Earendil and the War of Wrath’ from The Silmarillion and ‘The Tale of Earendel’ from The Book of Lost Tales.