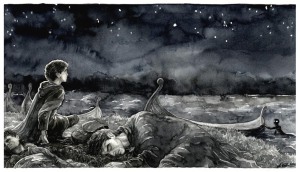 Adapted from chapters ‘The Great River’, ‘The Breaking of the Fellowship’ and ‘The Departure of Boromir’ of The Lord of the Rings.