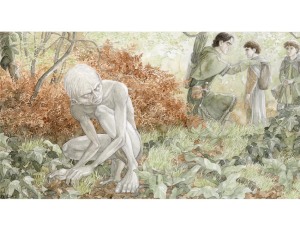 Adapted from chapters ‘The Window on the West’, ‘The Forbidden Pool’ and ‘Journey to the Cross-Roads’ and Appendix B of The Lord of the Rings.